Click here to edit the Social Media Links settings. This text will not be visible on the front end.

Homeowners Are Happy! Renters? Not So Much.

When people talk about homeownership and the American Dream, much of the conversation revolves around the financial benefits of owning a home. However, two recent studies show that the non-financial benefits might be even more valuable.

In a recent survey, Bank of America asked homeowners: “Does owning a home make you happier than renting?” 93% of the respondents answered yes, while only 7% said no. The survey also revealed:

Those surveyed talked about the “emotional equity” that is built through homeownership. The study says more than half of current homeowners define a home as a place to make memories, compared to 42% who view a home as a financial investment. Besides building wealth, the survey also showed that homeownership enhances quality of life:

Homeowners seem to be very happy.

According to the latest Zillow Housing Aspirations Report, 45% of renters regret renting rather than buying — more than five times the share of homeowners (8%) who regret buying instead of renting. Here are the four major reasons people regret renting, according to the report:

These two studies prove that renting is just not the same as owning.

There are both financial and non-financial benefits to homeownership. As good as the “financial equity” is, it doesn’t compare to the “emotional equity” gained through owning your own home. 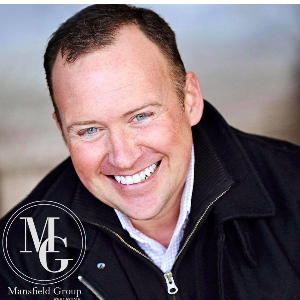 Related Articles
Uncategorized What Is the Cost of Waiting Until Next Year to Buy? [INFOGRAPHIC]   Some Highlights: The “cost of waiting to buy” is defined as the additional funds necessary to buy a home if prices and interest rates were to increase over a period of time. Freddie Mac forecasts interest rates will rise to 3.8% by Q4 2020. CoreLogic predicts home prices will appreciate by 5.4% over the next 12 months. If […]
Buying a home August Home Sales Statistics for the Eastside – August 2019 Click the following link for a pdf with all the stats you could imagine on Home and Condominium Sales on the Eastside (Redmond, Kirkland, Bellevue, Issaquah, Sammamish, etc.) EASTSIDE Residential And Condo PDF Link
Uncategorized 5 Reasons to Sell This Fall Below are 5 compelling reasons listing your home for sale this fall makes sense. 1. Demand Is Strong The latest Buyer Traffic Report from the National Association of Realtors (NAR) shows that buyer demand remains strong throughout the vast majority of the country. These buyers are ready, willing, and able to purchase…and are in the market right now. More […]

Thank you for your inquiry.